Web Desk ::World’s third-richest man Bill Gates, who recently announced his divorce with wife Melinda after 27 years of marriage, is reportedly on a dating application now.

According to reports, Bill Gates has joined the dating app Tinder right after his divorce and the young woman and girls couldn’t help but want to try their luck. No official comment over this news has been received yet but the billionaire “can give an exclusive third dose” – his viral bio reads on Tinder. Bill Gates, the founder of Microsoft and his wife, however, have decided to continue working together despite calling it quits after 27 years. 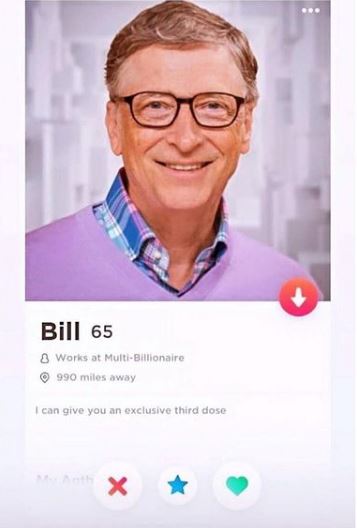