Web Desk :: MG Pakistan has reportedly lost seven of its SUVs in a car carrier accident that occurred near Daulatpur, Sindh, last week.Images shared on social media show a car carrier toppled over on the roadside. The carrier had been transporting the MG SUVs and some other vehicles.

update on the automaker’s official page has refuted the news saying that seven of its gasoline-fuelled vehicles had been on the carrier. The images of the incident also affirm the automaker’s claims as most of the damaged vehicles seem to be MG HS SUVs.

MG currently has only two cars in its lineup for Pakistan — the HS and the non-EV variant of the ZS. The former costs Rs. 5.5 million, and the latter is priced at Rs. 4.1 million. 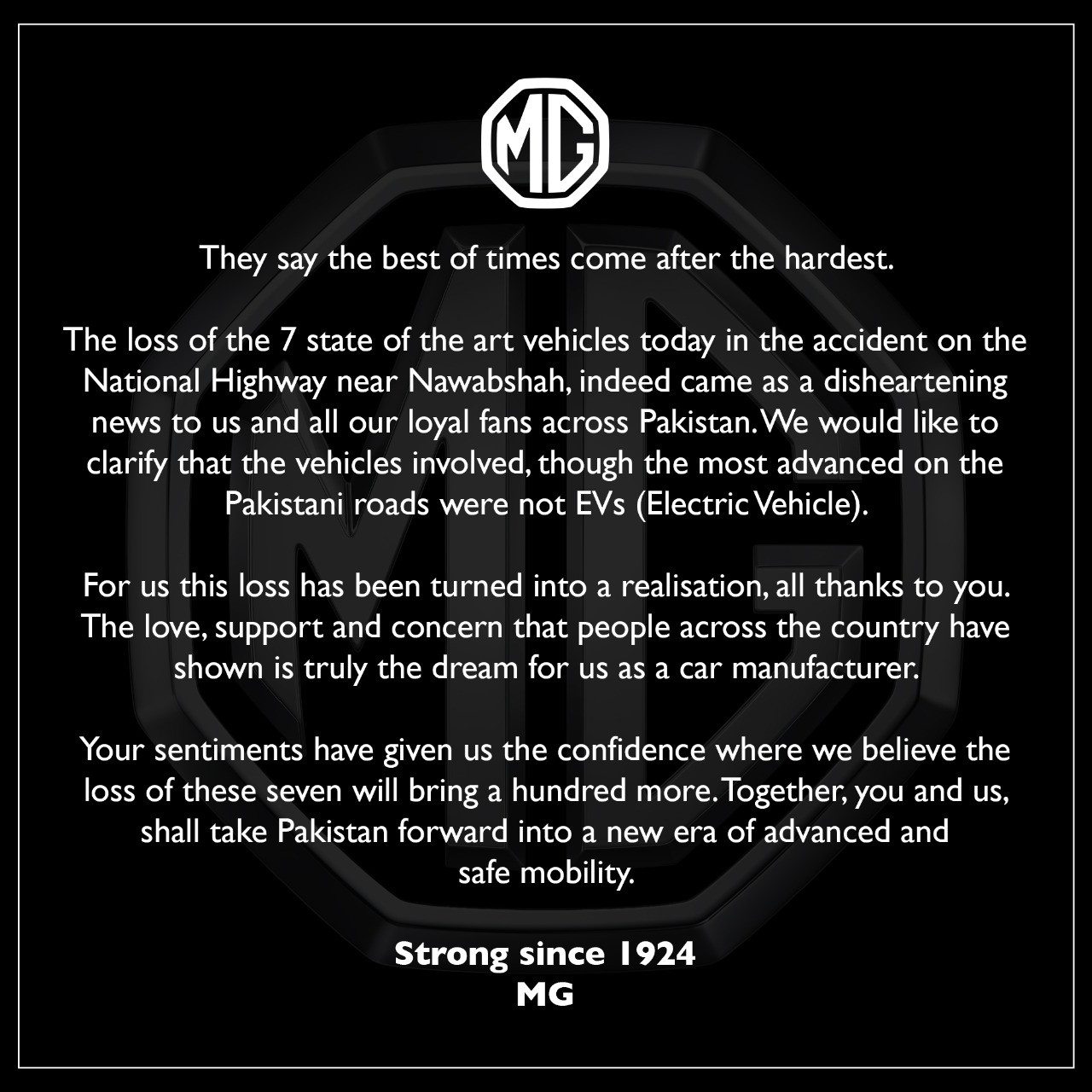